PROBLEMSHIFTING: a research programme on the complex dynamics of problem-shifting in global environmental governance 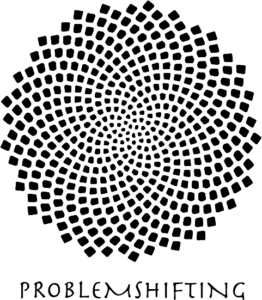 Plans devised for new policies at the climate summit in Egypt should first be examined for risky “side effects,” researchers Pien Barnas and Rak Kim argue.

It seemed like such a nice idea: biomass plants would reduce our dependence on coal and natural gas and were therefore given a key role in the energy transition in the 2019 Dutch Climate Agreement. However, three years later, not only do the plants turn out to emit much more carbon and nitrogen than natural gas power plants, but they are also responsible for a substantial loss of biodiversity due to logging practices. This is just one of the examples of climate or environmental policies with unintended consequences; solutions that often result in shifting problems.

For example, investments were made in nets to fish plastic out of the sea, but those nets were subsequently found to cause die-offs of marine life. Additionally, our solar panels do produce renewable energy, but at the end of their useful life they create waste that often turns out to be non-recyclable. Electric cars possibly take the crown. The batteries needed for our “less polluting” way of moving around perpetuate pollution from the metal industry. Yes, we desperately need to adapt, and electric cars and solar panels can help, but they are temporary and one-sided solutions that we should not start treating as permanent.

At last year’s climate summit in Glasgow, climate problems were simplified and broken down into different themes. The summit in Sharm-el-Sheikh also focuses on a different topic every day: from “decarbonization” (less CO2) to biodiversity. This gives the impression that every problem can be tackled separately.

That approach to climate problems only magnifies the sustainability crisis. That is because the oversimplification does not do justice to complex underlying structures: natural systems are interdependent. Therefore, it is no surprise that environmental problems are too. With the current approach of the United Nations and others, a lot of time, effort and money is lost in solutions that do not help us enough at the bottom line.

Therefore, agreements made at the climate summit in Egypt should first be examined for possible negative consequences or problem-shifting. Negotiators should for example consider whether their decisions cause serious long-term damage to biodiversity.

Climate change is one of the most pressing challenges, but unfortunately only one of many. The summit in Sharm-el-Sheikh may be the most important climate conference of the year, but in a few weeks the biggest biodiversity conference of the past decade is scheduled.